Download this easy to use app to read and study the Bible for Lutherans.

Lutheranism is one of the largest denominations of Protestantism. It’s the third common Protestant denomination after Pentecostals and Anglicans, with approximately 80 million of members.

The Lutheran Church is based on the work of Martin Luther.
Martin Luther was born in Germany. He studied Philosophy and Laws. In 1507 he was ordained a Roman Catholic Priest.
Due to the excesses and abuses of the leadership of the Roman Catholic Church, he initiated the Protestant Reformation in German-speaking territories of the Holy Roman Empire.

Today, the Lutheran Churches are present in all continents. It’s the state religion in Iceland, Norway, Denmark, Greenland and the Faroe Islands. It’s the national church in Sweden and Finland. Lutheranisms is a main religious group in Germany, Unites States, Brazil and several countries in Europe and Africa. 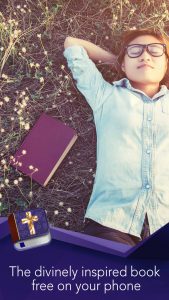 Lutherans believe that the Bible is the written word of God and the only guide for faith and practice.
This app is available to help Christians grow in faith and apply God’s Word to their daily lives.

This is the best app to read and study a Bible used by Lutherans, for free on your phone.